Worbla.com is working with Element Creations for her Princess Zelda build, and she shared her first tutorial with us on creating Zelda’s iconic shoulder pauldrons out of Worbla’s Black and Red Art. 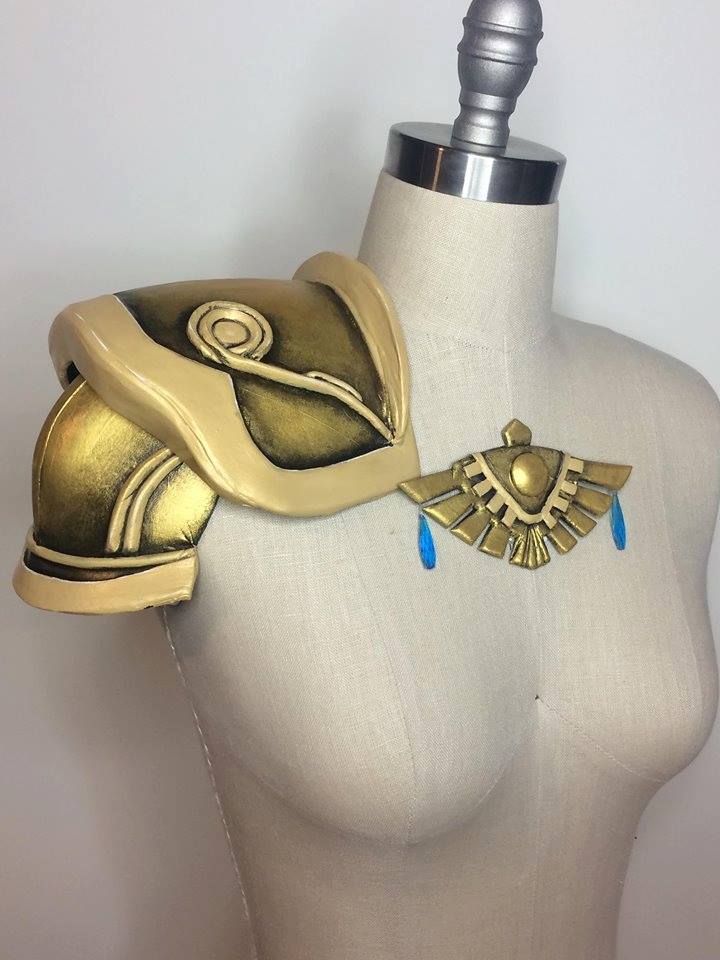 The first piece I decided to make for Zelda from Hyrule Warriors is the shoulder armor set. It took around half a Large sheet of worbla, some craft foam, and red worbla for the pauldron detailing.

I started with making the pauldrons. Those have a pretty basic shape, but they do represent a challenge when it comes to adding details and merge them all together to get a seamless look.
The way I did it is rather simple. I used craft foam as a base, then cut the desired shape. You can do that with your own pauldron for any other costumes. It’s always the same patterns, but with a little bit of tweaking.

I did used the sandwich method on these pieces because I want the to be extra solid and I also added some extra support. The pauldron comes in two craft foam pieces in order to get the curved look at the shoulder seam. I merge those two sandwiched pieces together and there was my Pauldron base!

Then the fun but most tedious part! The detailing was very fun and I had the chance to play with red worbla. I did use a tri bead roller to make the square cut on the details, then I placed them together on the pauldron trying to be the most accurate possible.

Zelda’s shoulder armor also have a sculpted detail right on the inside edge. I used red worbla, heated a bunch of it, then sculpted by hand the shape. This took a very long time to get it smooth and perfect and also, to make it look seamless. 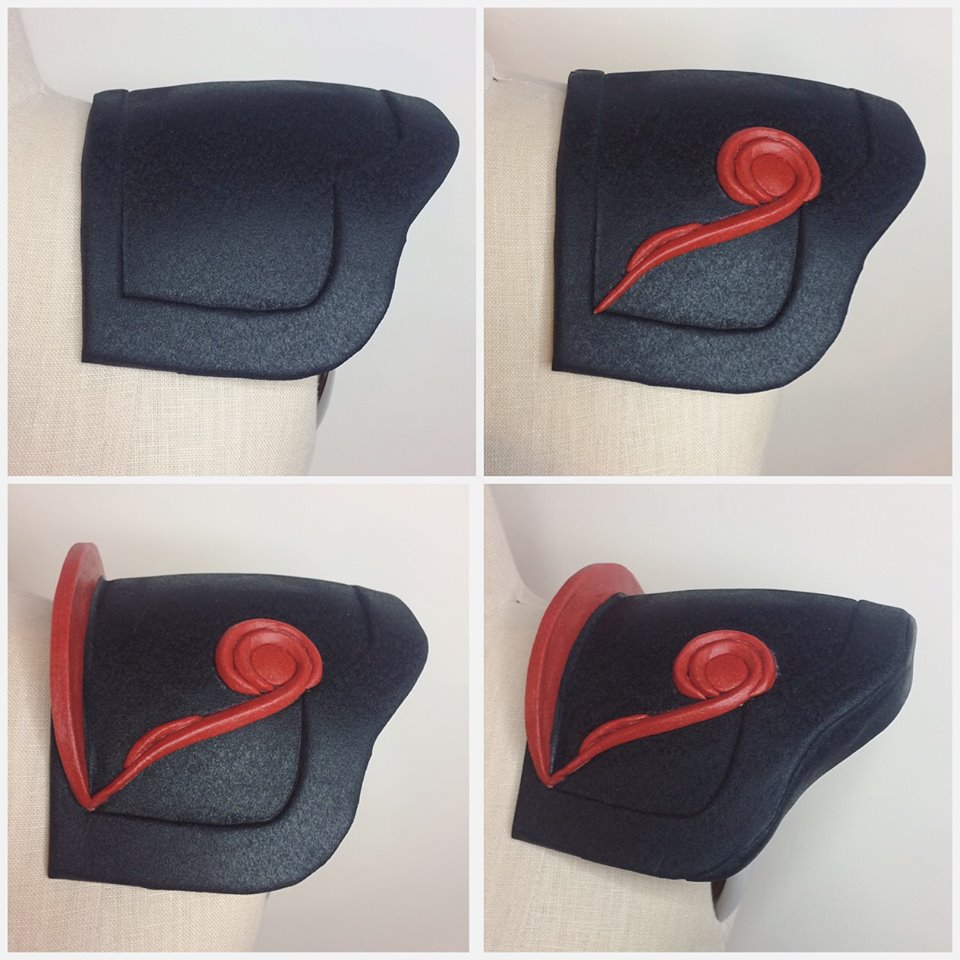 The process for Zelda’s shoulder armor is pretty easy, but it takes a lot of time. It’s just a matter of having the desired shape and adding your sculpted details on top.

For the centre chest piece, I used the same process. I drafted it in craft foam, I sandwiched it, then added the details. I did use black worbla on this one. I wanted to test the versatility of the two and how both of them looks primed and painted.

The painting process was quite easy. I primed the whole armor with Mod Podge (one of my fav primers for black and red worbla), then I painted it all black, and used my favorite gold acrylic paint. To achieve the gradient/used look on the armor, I used a fluffy brush, and I slowly dabbled into the armor to gradually add paint and make a gradient effect. Without touching the inner corners, adding the gold gradually makes it looks like the armor is old and used. It’s a really fun process!

I added the gems at the end with some sewing thread.

Adding white highlights is optional for these pieces or any golden armor pieces. I did add them myself because I think it gives a cool look. And since Zelda is cartooned in Hyrule Warriors, I wanted it to pop out. 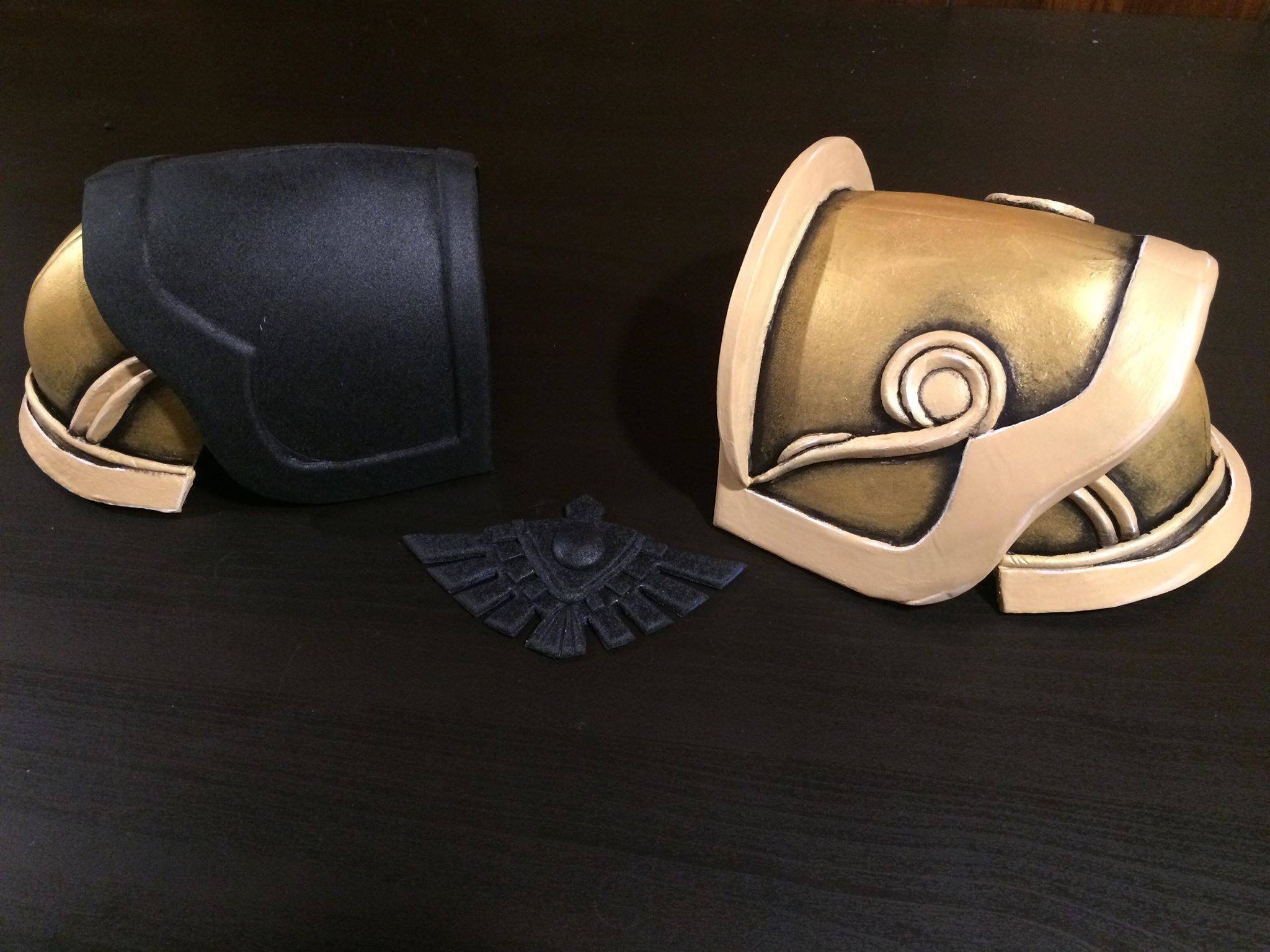